Showing posts from November, 2007
Show all

November 27, 2007
If you ask a student out of college or technical school how software is developed, he'll say the software development lifecycle (SDLC) is something like:


Gather requirements for a new system
Design the new system's inputs, outputs, screens, etc.
Develop the system
Test the system
Deliver the system to the customer
Maintain the system

The more I'm exposed to real software, I'm convinced it's closer to.


Some nerd decided he needs a cool, fast widget to do 'X'. He just wants to make his job easier. He codes it up after-hours, fueled by cheetos and Mountain Dew
He shows it to somebody in his cube. Immediately, that shameless self-promoter decides it's the second coming of VisiCalc
The company makes a multi-language version of his Widget and starts selling it
Version 2.0 comes out, adds 20 …
2 comments
Read more

My Uncle Dan + a funny dialogue

November 26, 2007
So, on the 16th, I sat with my Mom at the Transplant clinic of the UK hospital to get the lowdown on her cancer. The room was on the 4th floor, off the 'B' elevators, and the atmosphere was grim. The people here had been or would be very sick, and most had a thousand yard stare, wishing they or their loved-one was anywhere but in that waiting room.

Except, that is, for my Uncle Dan.

Dan's the jokester of the Haddix clan, father of three boys, Jesse, Justin, and Jade. Dan never met a sandwich he didn't like, and he's gregarious. He's the sort of guy who never really grew up, and he's never met a stranger. More precisely, he's never occupied the same space with someone for more than 47 seconds without finding some common ground for conversation. He doesn't DO uncomfortable silence, or silence at all.

Yes, I like my Uncle Dan, in spite of myself.

Anyway, so Mom, Dad, and I are seated in a line at one side of the waiting room, and Dan plopped him…
2 comments
Read more

November 25, 2007
Watched several movies over the past few days (Thank you, Netflix). Some thoughts on them:

Constantine: Creepy, dark film about a man blessed/cursed to see the interplay between angels and demons in our world. I really liked it, especially for its vivid portrayal of Hell.

The Muppet Show: Wow, this doesn't age well. It's about as interesting to the modern eye as the 70's variety shows upon which it's based. Plus, without "Pigs...in...space." Bah!
1 comment
Read more

Useless quiz of the day...

My wonderful IT experience this morning

November 19, 2007
So, I'm trying to print something to our color printer. I go to our internet site to download a driver, then I find that the site is dog slow. So, I thought I'd report it to our IT operations.

Me: Umm...I've tried this three times and wasted 20 minutes of my life trying to print something.

IT Guy: Well, let me call one of our service technicians. (LONG pause). Yes, Harold? The technician confirms that he sees no slowdown with the site.

Me: Where are you?

Me: Okay, well, as I recall, the site is hosted on different servers throughout the world, so couldn't I be seeing a different configuration than you are?

IT Guy: No, that is impossible. It is the same server. (...protracted discussion of how I must not be seeing what cannot occcur....)

Me: Ooookay. Thanks for your time.

Ugh. I've said it before ("Underworld"), but how do you dress Jennifer Garner up in this outfit and have a boring movie?

November 13, 2007
Spoke with Mom this morning...she's resting at home, and letting Dad and my Aunt Norie take care of her, which makes me smile. She's taken care of so many people her whole life...thanks to everyone who's written-in and keep up those prayers. I heard from Stu and Cathy that churches throughout the Louisville area are praying for Mom -- neighbors of theirs and their prayer groups. She goes in Friday for the lowdown on where things are and what the next steps are.

My Toyota and I have a love/hate relationship: It loves me, and I hate it. I inherited Whitney's car as a daily driver/kid schlepper after my Beamer sprang a leak. On paper, it's a wonderful idea--quiet, simple, reliable transportation. Modern safety features. Four doors. Better mileage. Better in bad weather.

All that's true, but I can't get over the feeling I'm driving a tin can, powered by 1.5 melancholy hamsters. It goes down the road well, but isn't too excited about speedi…
3 comments
Read more

Twenty-nine years ago today, I came squalling into the world, pissed-off that my head looked like this:

Mom was similarly disillusioned that my head was the size of this:

So, yeah...birthday. Pretty-much feels like any other day...I got one of these as a present:

As a result, my wife now gets to wake-up every morning at 5:20 on the dot to the sound of whirring blades, grinding coffee beans, and dripping hot water. I think of it as the gift that keeps on giving ;-)

Last year nearly killed me: Maria's birth, shipping my last version of MarkVision, losing Joey for the summer, deciding to change jobs, changing jobs, getting real with all my "stuff", miscarriage, Maria's burn, and now Mom's surgery--I can't believe all that was my 28th year.

The big thing I learned was I couldn't run and hide anymore. Everything around me had changed, but inside I hadn't. I was still egocentric, and did all these "selfless" things not because I wanted to, but be…
1 comment
Read more 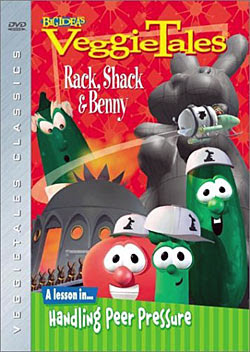 
16Shadrach, Meshach, and Abednego, answered and said to the king, O Nebuchadnezzar, we are not careful to answer thee in this matter.

17"If it be so, our God whom we serve is able to deliver us from the burning fiery furnace, and he will deliver us out of thine hand, O king.

18But if not, be it known unto thee, O king, that we will not serve thy gods, nor worship the golden image which thou hast set up."

Rack, Shack, and Benny believed that, and believed in it enough to lay down their lives.

Mom was not delivered from the furnace; preliminary pathology results are back, and she had/has Liver Cancer, confirming what we knew a week ago. The doctor didn't go into more detail, but will either later today or at her follow-up appointment next week.

Mom slept pretty well last night, and is finally cleared for some solid foods. Everything is working in her digestive system, and they seem to be managing her pain well. She was resting comfortably (for the first time in 6 days) last night, according to my aunt.

Well, today is election day, or "The day the democrats take back the keys to the cesspit." Getting anything done in this state is akin to the intrigues of Lorenzo de Medici's Florence...everything is a political game. Fletcher went into the governor's mansions naively thinking he could undo centuries of entitlements and pork.

To be fair, his underlings and political "operatives" showed all the subtlety of a weed-whacker as they went through the transportation department, and they got burned for it. He lost the endorsement of the big stick in the party (Mitch McConnell [shudder...I hate that guy]), and his own Lieutenant Governor turned on him. Beshear scored big in ads, despite doing his …
Post a Comment
Read more

Mom update -- recovering, no prognosis yet

November 05, 2007
Just got off the phone with Mom. They've unhooked the epidural, so she's in quite a lot of pain in the area of the surgery, which they're counteracting with oral pain meds, augmenting with injections as needed. She still has a long road to go just recovering from this surgery.

The docs said biopsy/pathology results would be available in 4-5 days, so we're in that window.

Quote of the Day, yesterday 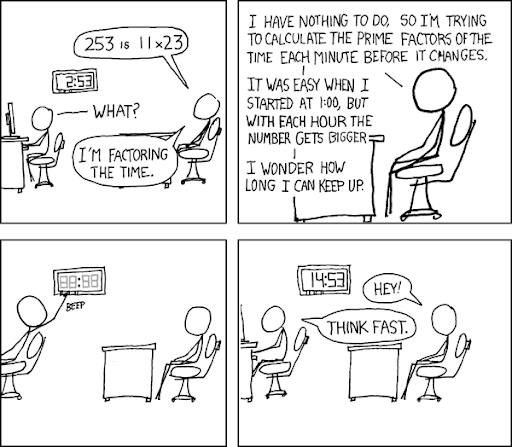 Me: WAIT! Those are all prime numbers!

From the "When It Rains, it Pours" file

November 01, 2007
Someone broke into my house today, right after Whitney left with Maria to pick-up Joey from school. Our ADT security system detected the intrusion and they called the police immediately. ADT called me and I told Whitney to go home and check-it-out. She said everything was still there, but the three drawers in our kitchen bar table were open wide.

Bizarre things--it was broad daylight, and if they've been casing our house they know PEOPLE PICK UP THEIR KIDS BY THAT BUS STOP every day.

My going theory is they were after the iMac, having seen it through the rear windows.

Sometimes I just want to live in a bunker surrounded by a minefield, ya know?
1 comment
Read more

November 01, 2007
I'm trying to find the words to describe how awful yesterday was...Dad is devestated, we're all in shock...

First, the good news: When they got in there, they saw what they were dealing with, and the surgeon considered stopping the operation. He didn't. He did not give up hope on Mom; that's about the best news I can hold onto right now.

The facts of it: She had a tumor invading the right lobe of her liver, her diaphragm, and the bottom of her right lung. They did an initial analysis on the lymph nodes in her chest and they came back clear, so they went forward, removing 40% of her liver, 20% of that lung, and removing/reconstructing her diaphragm. The surgery took 6 hours, and involved 3 surgeons. They considered stopping the surgery several times, but didn't.

She recovered from the surgery amazingly well--the doctor said there wasn't very much bleeding, and she was able to breathe on her own immediately in recovery. They placed an epidural prior to the …
Post a Comment
Read more
More posts