Showing posts from December, 2006
Show all

Dumb quiz of the week--what accent do I have?

December 31, 2006
What American accent do you have?Your Result: The Midland "You have a Midland accent" is just another way of saying "you don't have an accent." You probably are from the Midland (Pennsylvania, southern Ohio, southern Indiana, southern Illinois, and Missouri) but then for all we know you could be from Florida or Charleston or one of those big southern cities like Atlanta or Dallas. You have a good voice for TV and radio.The Inland North The Northeast Philadelphia The South The West Boston North Central What American accent do you have?
Quiz Created on GoToQuiz

Repent--Kentucky has a GOOD football program!!


Man, I just hope we don't embarrass ourselves.


After watching a well-coached, well-played game from the UK Wildcats, I still can't believe that's the same team that played LSU just a few months ago. They had a stellar opening drive, adjusted their game-plan against the Clemson pass-rush, then just lit-up the stadium for 21 unanswered points. As my pall Jeff says, the game really wasn't as close as the 28-20 score would indictate--we owned Clemson today.

It was a cool, professional game, with great intensity and drama. It was like watching any other SEC-powerhouse program play--great athletes making great plays, with some coaching gambles and tricks thrown in (Fake punt from your own 20!?!)

In my opinion, they should never make another racing flick. None could be better than John Frankenheimer's 3-hour epic Grand Prix. I got the DVD for Christmas, putting it on my list purely by reputation--this is the same instinct that I used in buying "Grand Turismo" for Playstation.

I watched it over an afternoon and night on Tuesday, and was drooling--ask Whitney--from the first shot to the last. I actually don't remember much about what was happening while I watched the film; I even forgot if I ate on Wednesday morning...

The movie itself follows the 1966 season of Formula One, the pinnacle of open-wheeled racing, from the first Grand Prix, at Monaco, to the last at Monza in Italy. We find our larger-than-life heros in maverick American Pete Aron (James Garner), all penis-and-ego Nino Barlini…
Post a Comment
Read more

Lovely read, if you're looking for a car

December 25, 2006
Totally contrary to the "Never make a dealer an offer" strategies of Dave Ramsey, This blog is an interesting (if slanted) view from a guy who's been there, done that.
Post a Comment
Read more

The march to the mountains

Much like Sherman's March to the Sea, Team Combs and I are engaged in a Christmas march to the mountains: Today, we're sacking Louisville, tomorrow Georgetown, and Wednesday afternoon my Mom & Dad's house. On Christmas today, Joey arrived from his dad's as we gorged on Cathy's wonderful breakfast casserole.

We'd already opened presents--I got an assortment of Craftsman tools, Whitney received her Kenmore canister vacuum cleaner, and we opened most of Stu, Cathy, and Rachel's gifts.

Once Joey arrived, we read the Christmas story from Luke 2 then he tore into his presents. He got some wonderful, durable presents from his grandparents, including an assortment of Legos, a great backgammon set, and his first Swiss Army Knife.

December 23, 2006
I've spent the better part of three dull, lifeless days watching a marathon of Star Trek: Voyager and wanted to comment on it.

I've listened to Jeff complain about the "venting plasma from the port nacelle" problem, and it seems every episode I've seen has something to do with time travel or the hollo-deck.

I've commented several times watching these episodes how these idea were great--the first time I saw them on "Next Generation".

Okay, let me get this out of the way. I'm a heterosexual man, and Daniel Craig is damn sexy. And he can act. He plays Bond in the raw--all power and ego, a "blunt instrument" of death. Marvelous!

Yet, we find Craig's Bond compelling, even disturbingly human. He's an orphan, sponsored through the best of Britain's schools, fresh off his first two kills for MI-6. When we first meet him, he's found a like for killing, but by the tragic ending of the movie two hours on, he knows how much of his soul he destroyed in acquiring that taste for blood.

Let's talk Bond for moment: Twenty pictures in, the franchise was dead, a caricature of itself. Mike Myers made a career out of spoofing it. Craig has brought it back, I applaud the accomplishment. In bringing the series back to the beginning (in the same Ubermenche way as Batman), they've revitalized a great character.

Royale has flaws: The aerial acrobatics in the first chase are a little too fansta…
Post a Comment
Read more 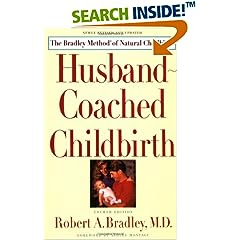 Do like like my couch though...my I've been spending lots of quality time on it for the past day or so. Gloomy outside, with a steady rain.

Guess what my PE guy got me for Christmas?!

a Holiday Coffee sampler from Peet's

December 14, 2006
n. The spirit of the time; general trend of thought or feeling characteristic of a particular period of time.

This time at LXK is weird, as it is every year...there's a combination of languor and pressure. Customers will be irate one minute, gone on vacation the next, and managers sway between micromanagement and "Have a Merry Christmas!"

Thoughts on the way into work:


I love cars, but ultimately, they're (very breakable) things that don't last very long.
On buying new versus buying used--ultimately, it's a personal preference. There are arguments, intangibles, and assumptions on both sides, but there are two camps: Folks who buy new cars because they can't imagine a car breaking, and folks who buy used cars who understand that cars break; theirs just break more often :D
December 14th? Sixty-two degrees? Sure, why not?!

Jeff, knifing through the jungle, machete in one hand, blue-steel revolver in another...ready for anything, even a UT-Martin fan!
Post a Comment
Read more 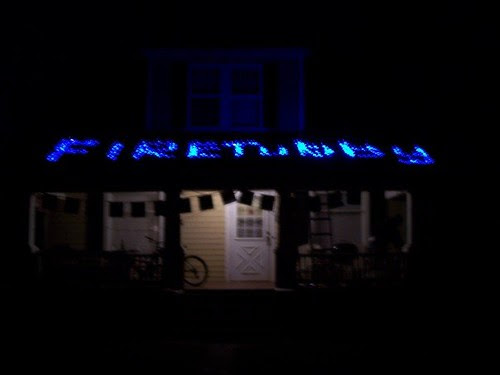 Don't know whether to laugh or cry on this one...

December 07, 2006
So, I get back from lunch, and someone's brought an ice cream cake from DQ for the area.

I go down and help myself to a slice, and I ask what the occasion is. Everyone looks around nervously.

"You tell him, Gary"

Getting acquainted with east lexington...for about 5 hours

December 02, 2006
As Bella was in Louisville today, nesting and going to a baby shower (not her own...mmm...pregnant women on parade!), I went to get my CD player installed at Car Stereo warehouse.

Click on this link for a map of my sojourn overf the next 5 hours. I went:

- To Sam's club, to loiter.
- To McD's to get some coffee
- Back to CSW where they said "It's almost done"
- I went outside and talked to my Mom for 45 mins
- I walked up to Eastland bowling lanes, where it was league day and high-school day (!)
- Went to harbor freight to touch all the tools. It's a thing with me, okay?
- Went to Hardees where I listened to KY lose to UNC while I was reading the paper.
- Walked back to CSW, where they finally had my car done :-)

So, I got lots of time to be cold, walk around, and consider life. . . 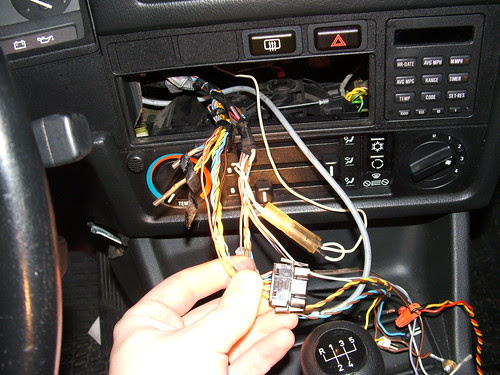 Yeah, so I get my new radio, and I follow the easy-to-read step-by step instructions and I end-up with the mess you see above you.

Seems that E30's all have wonky common-ground stereos, and if you want any sort of quality, they have to be rewired. I'll be getting this done tomorrow...

Still, it was a priceless moment when Whitney and Joey returned from church Wednesday night to find me wrestling with my car's wiring in my pj's :-)
Post a Comment
Read more
More posts